Get to know Deepak Chopra 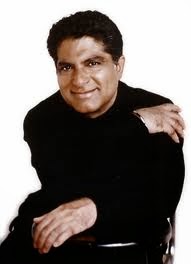 Deepak Chopra was born on October 22, 1946 in Srinagar, India. His father, Krishan Chopra, was a cardiologist who served as the dean of a local hospital. His grandfather was also a doctor. His younger brother, Sanjiv, is in the medical profession as well.

Although as a teenage Deepak thought of pursuing other careers, like thatof actor or journalist, he eventually followed in his family footsteps. After attending St. Columba's School in New Delhi, he then graduated from the All India Instituteof Medical Sciences (AIIMS).
He immigrated to the US in 1968, and began his clinical internship and residency training atMuhlenberg Hospital in Plainfield, New Jersey. He then went on to work as a resident at the Lahey Clinic in Burlington, Massachusetts and then at the University of Virginia Hospital.
Medical Credentials
Chopra was awarded his license to practice medicine in the state of Massachusetts in 1973, and his California medical license in 2004. He is board-certified in internal medicine, with a specialization in endocrinology.
Chopra taught at Tufts University and later at Boston University Schools of Medicine, before going into private practice. He then was appointed Chief of Staff at the New EnglandMemorial Hospital in Massachusetts, and Chief at Boston Regional Medical Center in Boston, Massachusetts.
Transcendental Meditation
Chopra learned about the Transcendental Meditation technique in 1981, and embraced it. He studied the technique under Ayurvedic physician Brihaspati Dev Triguna in Delhi, India.
In 1985, Chopra met Maharishi Mahesh Yogi, who invited him to study Ayurveda. Chopra eventually left his position at the New England Memorial Hospital to become the founding president of the American Association of Ayurvedic Medicine. He would later be named medical director of the Maharishi Ayurveda Health Center for Stress Management and Behavioral Medicine.
In 1993, he became executive director of the Sharp Institute for Human Potential and Mind–Body Medicine, a position he would retain until 1996.
Chopra Center for Well Being
In January 1994, he left the Transcendental Meditation organization, and spent the next two years developing plans for his own Chopra Center for Well Being. In 1996, he left the Sharp Institute as well, and he and David Simon founded this center, in La Jolla, California. It is located on the grounds of the La Costa Resort & Spa in Carlsbad, California.
In 2006, Chopra teamed with Richard Branson (of Virgin Galactic and Virgin Airlines) to launch Virgin Comics LLC. The purpose of the company had been to "spread peace and awareness through comics and trading cards that display traditional Kabalistic characters and stories." However, the company closed in 2008, after having produced 17 different comics series, and about 18 trade paperback collections and 3 hardcover titles.
Chopra has written more than 45 books, which have been translated into 35 languages and sold more than 20 million copies worldwide. His first book, published in 1987, is entitled Creating Health. His best-selling book is Ageless Body, Timeless Mind (1993).
He is a member of the American Medical Association (AMA), a Fellow of the American College of Physicians and a member of the American Association of Clinical Endocrinologists.
He continues to live in California with his wife, and his two adult children live nearby.
Posted by Unknown at 12:14 AM