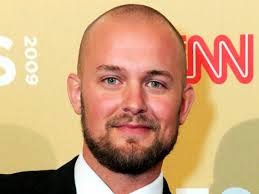 The captivating story of an ordinary bartender who's changing the world through clean water.

Doc Hendley never set out to be a hero. In 2004, Hendley --- a small-town bartender --- launched a series of wine-tasting events to raise funds for clean-water projects and to bring awareness to the world's freshwater crisis. He planned to donate the proceeds through traditional channels, but instead found himself traveling to one of the world's most dangerous hot spots: Darfur, Sudan.

There, Doc witnessed a government-sponsored genocide where the number-one weapon wasn't bullets --- it was water. The Janjaweed terrorists had figured out that shooting up a bladder containing 10,000 liters of water, or dumping rotting corpses into a primary water source is remarkably efficient for the purposes of mass extermination. With limited funds, Doc realized that he couldn't build new wells costing $10,000 a pop, but he could hire local workers to restore a damaged well for a mere $50 each. He'd found his mission. Today, Doc and Wine to Water continue to help stricken peoples repair and maintain water- containment systems in places like Darfur, Cambodia, Uganda and Haiti.

Doc is a regular, rough-and-tumble guy who loves booze, music, and his Harley --- but he also wanted to help. Wine to Water is a gripping story about braving tribal warfare and natural disasters and encountering fascinating characters in far-flung regions of the world. It is also an authoritative account of a global crisis and an inspirational tale that proves how ordinary people can improve the world.

An Introduction to Wine to Water by Doc Hendley:

In 2003, Dickson “Doc” Hendley was like most American college students and just having fun. Yet, he remembers “a sinking feeling in my stomach, like I should be doing something better with my life” (p. 27). Within months, the college senior and popular bartender launched an organization that has already improved --- and saved --- thousands of lives in more than nine countries around the globe.

Despite being the son of a preacher, Doc doesn’t fit the Good Samaritan stereotype. Self-described as “rough around the edges” and tattooed, Doc took an early dislike to rules and developed a taste for whiskey and Harleys while still a teen. As his college graduation neared, Doc began to dread the prospect of life “in a cubicle” (p. 27).

By chance, Doc learned about an international aid organization named Samaritan’s Purse and began brainstorming ways that he could help the world’s needy. That night he woke up from his sleep with the words “wine to water” spinning around in his head.
Doc hit the Internet and learned that “unclean water kills a child every twenty seconds --- it’s more lethal than AIDS, malaria, and tuberculosis combined” (p. 30). He immediately began drawing on his connections to host a party benefiting clean water initiatives. Within a month, he’d raised twelve thousand dollars.

Suddenly, Doc had to decide where it should go. “I never wanted Wine to Water to be like one of those bullshit nonprofits … that used the majority of the donations to pay staff” (p. 37). After talking to a Samaritan’s Purse director, he unexpectedly walked out with a twelve-month job assignment in Darfur --- and the authority to distribute the money where he felt it was needed most.

Nothing could prepare Doc for what awaited him. He had flown from verdant North Carolina into a barren desert landscape where average daytime temperatures hit 120-degrees and government-sponsored Janjaweed soldiers had already killed a hundred thousand civilians and displaced more than a million more.

While Doc had fantasized about “instantly morphing into some superhero water savior” (p. 55), the reality was infinitely more complex. But as inexperienced as he was in some ways, Doc knew a lot about human nature: “It’s not so much about how good and fast you are at making a Fuzzy Navel; it’s about developing a good relationship with the people sitting in front of you at the bar” (p. 111).

So whether he was hiring staff, placating soldiers, or declining proffered brides, Doc tactfully negotiated an unfamiliar culture to do his real work. Slowly, Doc began repairing wells, installing water bladders, and teaching the locals how to maintain them --- sometimes while the bullets were being aimed at him.

In plainspoken and impassioned prose, Wine to Water shares the story of Doc’s unlikely transformation from a rough-and-tumble bartender to CNN Hero. As informative as it is harrowing and inspiring, Doc’s account of our global water crisis and his continuing quest to provide stricken peoples with clean water resoundingly proves that one man is capable of changing the world.
Posted by Unknown at 7:28 AM