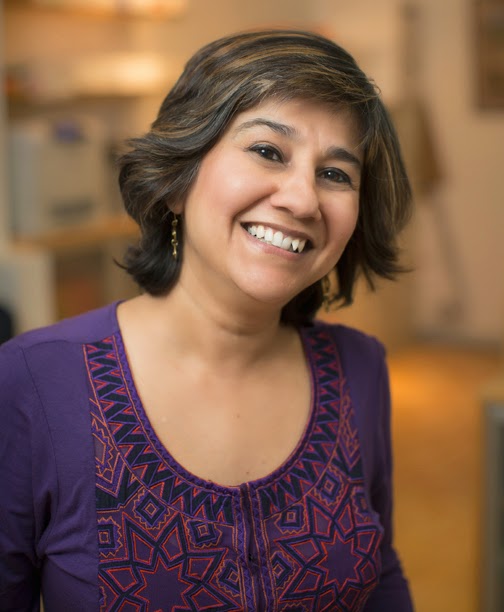 Why Mallika Dutt is Extraordinary

Mallika Dutt is one of the most innovative human rights leaders of this generation. She is founder, president, and CEO of Breakthrough, an organization that aims to change the culture around human rights so that they are demanded and respected by all, and in particular to make violence against women and girls unacceptable. Prior to that, Mallika co-founded SAKHI for South Asian Women and was its founding director until 2001. A decade later, Breakthrough is now considered an award-winning producer of pop culture campaigns and on-the-ground leadership trainings that bring human rights into lives, homes, and communities and change the world for the better.

One of the most groundbreaking campaigns in the history of human rights was started by Breakthrough. They called it Bell Bajao (“Ring the Bell”). The Bell Bajao campaign became a hit with its compelling ads about “ringing the bell” to disrupt domestic violence, therefore doing our part in creating a community conscious of each person’s rights as a human being.
In its first campaign, Mann ke Manjeere, Breakthrough released a widely successful music album video in India that featured a Bollywood famous artist singing a song about a woman’s escape from the abusive hands of her husband. The Mann ke Manjeere video garnered many awards, including the National Screen Award for Best Music Video, a nomination for Best Indipop Music Video, and the Link TV Award for Best Music Video. Breakthrough also works on human rights in the United States. In past years, Breakthrough developed a campaign called #ImHere and a Facebook game called America 2049, both of which advocated for immigrant rights, especially women’s. Dutt explains #ImHere in an interview as follows:
"The war on women and the war on immigrants have coalesced in the lives of immigrant women and through #ImHere, we're asking everyone to stand up for immigrant women and their human rights."(SOURCE: IBN Live)
America 2049, on the other hand, is more than just a video game. Through it, Breakthrough hopes to reach wide audiences about human rights issues in the United States, through an exciting gameplay interface and characters played by celebrities familiar to fans of Alias, 24, Lost, and more.
Called by Newsweek/The Daily Beast a “breakout star” of the Women in the World conference, Dutt is a force to be reckoned with. Her hard work has earned her an International Humanitarian Award in 2013 and the Asian American Justice Center Courage Award in 2009, among many other honors. She was included in 50 Fearless Minds Changing the World by the Daily Muse and named one of the "50 coolest Desis in the world" by DesiClub.com.
Dutt has found a strong ally in technology and social media as a means of reaching people where they are and encourage them to participate in the protection of human rights and the drive to make violence against women unacceptable. While governments and state actors are mandated to protect human rights, we also need people to treat each other with the human rights values of dignity, equality, and justice.
In the words of Dutt, "Human rights start with you."