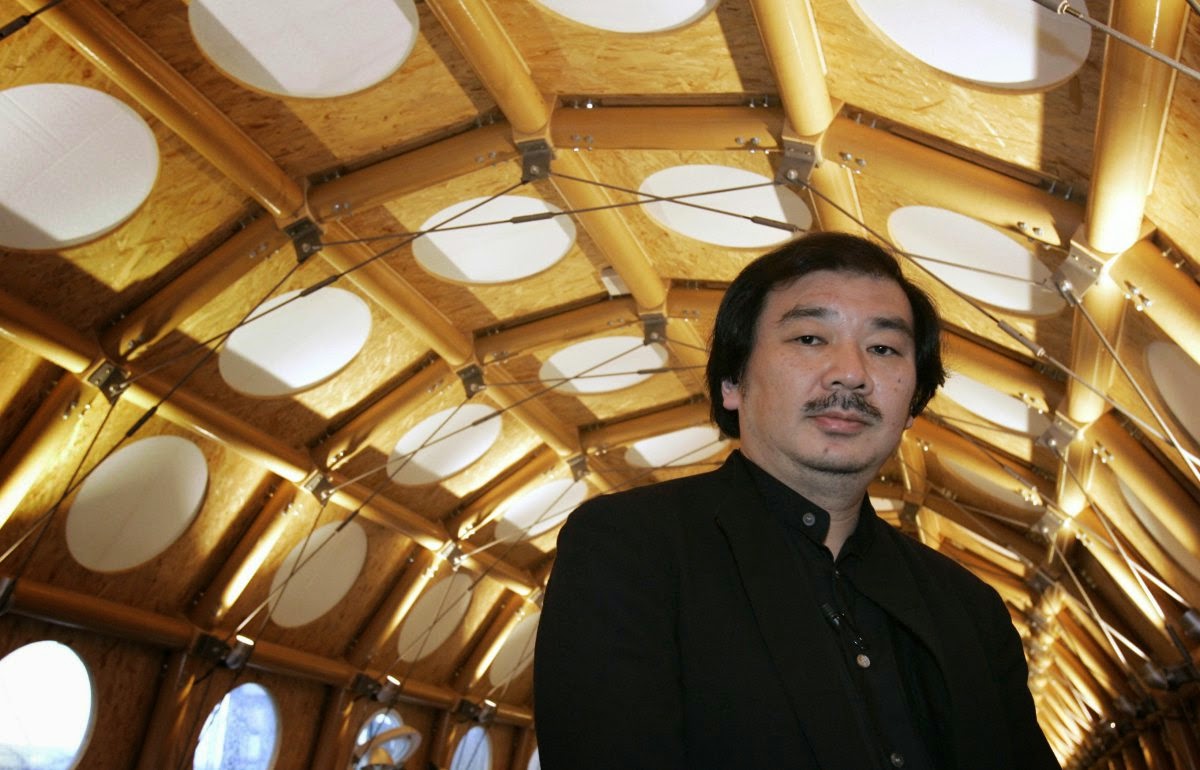 Why Shigeru Ban is Extraordinary

Shigeru Ban is the only architect who builds structures using paper. He used his building genius not only to create breathtaking monuments, but also to build cozy homes for refugees and evacuees. He founded the “Voluntary Architects' Network” (VAN) to put his gift to good use. The architect once thought to be crazy for using unconventional material is now the renowned “Architect of the People.”

The idea behind using paper as a building material came to Shigeru in the mid-1980s, long before environmental causes became the talk of the town. What led him to discover the use of paper was his disdain for waste:

"I started developing the paper tube structures in 1986, when people were not talking very much about recycling, ecology, and sustainability. But the truth is that I just didn't want to waste material—it’s as simple as that. And then the so-called fashion of sustainability or “green” came afterwards in the 1990's, and so I was put under the label of “environment-friendly architect,” but that is not my strategy. I just want to use any material where it is." (SOURCE: National Building Museum)

“Architect of the People”

Shigeru has been called the “Architect of the People” for his efforts in building homes for refugees and evacuees. For him, victims of wars and natural disasters need better housing to help them move on quickly. He began doing this in his homeland, Japan, after the Kobe earthquake rendered thousands of people homeless. The evacuation center did not afford tenants privacy, so his solution was to install cardboard tubes and create partitions using curtains. By doing so, women became more comfortable doing things that needed privacy, like changing or breastfeeding. He also built homes for Rwandan people to prevent them from cutting down trees to use as housing material. He did the same in Italy, China and Turkey.
He believes that architects have the capacity to help, and continues to urge fellow designers to find ways to contribute to the good of humanity rather than only use their talent to build affluent homes and buildings. Shigeru explained why he volunteers his services to help build homes for victims of misfortune:

"If I can build the kind of thing I want to build, and if people are happy with that, then that is enough for me. It doesn’t matter if I get money for it or not. There are more important things than that." (SOURCE: The Japan Times)
Shigeru is one-of-a-kind not only for using paper in building grand structures; his legacy is his love for his craft and his willingness to use it to help others.