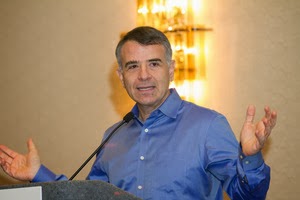 WHY AMI DAR IS EXTRAORDINARY


Ami Dar is a website developer, internet entrepreneur and philanthropist who is most known for being the great mind behind idealist.org, one of the largest non-profit websites in the world. Connecting millions of people with thousands of charitable organizations worldwide, idealist.org has been significant in the popularity and success of the non-profit industry because it helped in getting more people in supporting the causes of these organizations, thus making them more effective in combatting the common enemies of the human race – poverty, disease and injustice.


THE AMAZING STORY OF ONE OF THE WORLD’S GREATEST PHILANTHROPISTS

Originally starting out as a volunteer for charitable organizations and going around the world helping people, Ami sought to use technology as a means of connecting the world together and enabling them to reach out to each other, no matter how far the distance between them may be. Now, many years later, he has come close to accomplishing that goal through idealist.org, and has become one of the most successful philanthropists in history.

Ami’s work and career has made a very significant impact, and the number of awards and recognitions that he has received all these years are just some of the proofs to that. For three times, Ami was named by the Non-Profit Times, a popular international publication, as one of the 50 Most Influential People in the Non-profit Sector for four consecutive years (2002-2005). He is an Ashoka fellow, and was named by TIME Magazine as a “Philanthropy Innovator”. His website, idealist.org, was named by Forbes Magazine as one of the Favorite Sites or 2002.
DOING GOOD IS ON EVERY PERSON’S HEART

One of the main reasons that drives Ami in his work as a philanthropist is his belief that every person has a desire on the inside of him to bring about positive change in this world, and the only problem preventing him from doing so is the fact that he does not know where to begin. This is why Ami began idealist.org. To be able to give people options and guide them into where they could really volunteer their time, effort and resources is something that Ami sees as a mission, and because of this he works tirelessly to build connections as much as he can.

He states this in an interview:

“I think that as the world has become increasingly interconnected, and it’s become clearer that we – all of us humans – are in this boat together, many more people want to play a role in shaping our common future. The challenge, still, is how do we channel all that energy, and tap all the knowledge we’ve accumulated together, to move faster toward a world that makes us a bit prouder when we get up in the morning.”

The internet has opened great opportunities for businessmen and entrepreneurs, making their products available to people who are beyond their city or state borders. But for Ami, he saw something else; not a means to get profit, but a means of getting people know more non-profit organizations. He saw the internet as a way of spreading the innovations and inventions that would help make the world a better place. As he uses an example in an interview:

“This guy remembered from his youth that rats have a great sense of smell, so he created this insane project to train little rats to be mine sweepers. The beauty is that they’re cheap and they’re so light that even if they step on a mine, they won’t blow it up. It’s such an obviously great idea, so why has no one in a place like Cambodia heard about it? Everyone knows about iPhones, so why doesn’t everyone know about this new way of finding mines? Why don’t ideas scale?”

Probably the greatest trait that Ami possesses and has enabled him to successfully do the work he has been doing all this time is his equal treatment and view of people, no matter what race, religion or culture they may be from. Often, we get so engrossed in our own culture that when we meet people from other countries and their behaviour contradicts what we are used to doing in our culture, we view them in a negative way and that inhibits our ability to help them – but not Ami. For him, it does not matter whether you are black or white, Jew or Arab, or American or Asian. The important thing is, we are all human beings, and instead of fighting over cultural or religious differences we should all unite and work on the things that truly matter – solving the problems of this world like poverty and injustice.
AN UNYIELDING RESOLVE AND PASSIONATE DESIRE

It is not easy to start a charitable organization. You give all your time, effort and resources, and you get no profit from it other than a “thank you” from someone you have helped or a pat on the back. There are a lot of obstacles to go through, and even more problems that you need to face in the long run. But for Ami, all these things do not compare to seeing change happen in the lives of people that you reach out to. This unwavering resilience and ability to bounce back from problems has helped Ami to pursue his dreams even though when all the odds seemed to be against him.

The non-profit sector owes great gratitude to Ami Dar, who in the midst of his struggling financial situations dreamt of a world where people were helping one another, and against all odds found a way to connect people with non-profit organizations to fuel that flaming desire of doing good to one another. And as more and more developments arise, Ami becomes more optimistic that we will find a way to make this world a better place.

“I'm very optimistic. I think that we are living in, honestly, in a very special moment. This is a special time, in the sense that all of these things that have been coming at us, in some cases for decades - radio, television, satellites, whatever - and now more recently, things like YouTube, Flickr, instant messaging, MySpace, all these things are really converging while at the same time we're more aware than ever of all these local and global problems that we face. I think that in some way we, all of us collectively, are going to find a way of truly making use of all this to create a better world for all of us.”

10 REASONS WHY AMI DAR IS EXTRAORDINARY