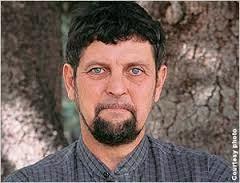 WHY GARY PAUL NABHAN IS EXTRAORDINARY


Gary Paul Nabhan is an ethnobotanist, agricultural ecologist and writer who is most known for his work in preserving the native plants and cultures of the Southwest regions of America, as well as his establishment of Native Seeds/SEARCH, a research organization focused on the local food movement. Once called the “lyrical scholar of genetic diversity,” Gary has been significant in the success of the local food industry because of his advocacy on preserving traditional food and culture.


TAKING A “HANDS-ON” APPROACH TO SOLVE THE ISSUE

An advocate for cultural preservation since his early teens, Gary has spent his career going from place to place, encouraging the locals to maintain the ‘uniqueness’ of their food culture. He believes that the only way that we can save the perilous situation of the American agricultural and food economy is by ‘re-localizing’ the food systems and promoting the local farmers.

As Gary says in an interview:

“My great joy lately has been moving from one foodshed to the next, from Alaska to Texas, helping to reinforce existing efforts that will conserve the unique flavors, fragrances and textures of each region on the continent. By re-localizing food systems, revitalizing historic foodways and providing producers with high-value niche markets that truly pay them what they're worth, we can rescue America's imperiled agriculture and food economy. There's incredible momentum to democratize and rediversify our food system.”

CONNECTIONS: THE BRIDGE BETWEEN BUYER AND SELLER

Gary places an emphasis on building relationships, and that is why he loves to travel to different places and speak with farmers personally than supporting them from afar. For Gary, the best way that you can help innovate the local food industry is by building a relationship with the shops where you buy your food from and encourage them to use sustainable methods in producing the food they sell.

Gary elaborates this in an interview:

“It’s about relationship building. If we want to go back to that pork producer and say, 'I’d feel a lot more comfortable with buying your pork if you had some perennial forages rather than a dry lot with open mud there. I’d really help promote your products to my neighbors if you could improve your practices.' And then I hear, 'I’ve always wanted to do that, but I’ve never had the incentive for it.' We built a relationship that’s positively reinforcing—he’s challenging the way I eat and I’m challenging the way he farms in a positive way.”

In the process of building connections between the food producers and consumers, both parties get a better understanding of the needs of each other and can thus work together for their benefit. As Gary explains in an interview:

“Agricultural science and agricultural activism have become too distant from the needs of farmers and other food producers. The only way to heal the urban/rural divide that we have in this country is for more interplay, more inner-city people to be growing food on rooftops and patios, going out to work on farms during the weekend, and to have farmers in dialogue with consumers so that farmers understand why people want animal-welfare beef, or grass-fed lamb, or free-range turkeys. We've broken that dialogue. Very few urban people regularly have access to knowing what farmers and ranchers are struggling with.”