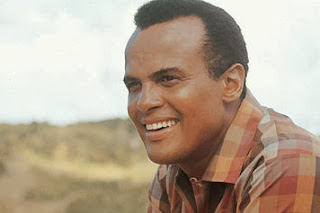 WHY HARRY BELAFONTE IS EXTRAORDINARY

Harry Belafonte is the reluctant King of Calypso. He’s been named by some as such because of the way he made Calypso music popular. His first album titled “Calypso” was number four on Billboard's "Top 100 Album" list “for having spent 31 weeks at number 1, 58 weeks in the top ten, and 99 weeks on the U.S. charts.” It became the first album of its kind to sell over a million copies. Harry is also the first Black to win an Emmy, with his first solo TV special Tonight with Belafonte. Currently known as a humanitarian and activist, Harry has maintained his popularity and used it to promote worthwhile issues.

THE FAMOUS BANANA BOAT SONG, MATILDA, AND JUMP IN THE LINE

Most of the songs that sold well in public are “The Banana Boat Song,” “Matilda,” and “Jump in the Line”—all calypso songs. The Banana Boat Song became famous for its Day O lyric and is still being associated with Harry up to now.

He won a Grammy award for the album “Swing Dat Hammer” in 1960 and in 1965 won another Grammy for “An Evening with Belafonte/Makeba.”

Martin Luther King, Jr. became one of his closest friends. He shouldered the Kings’ lodging and other necessities because Martin only earned 8,000 dollars a year as a preacher. He was instrumental in ending the separatist culture in the United States and was among the first Black performers to pave the way for more colored and minority artists in Hollywood, theater, and music.

He became so esteemed by the public that John F. Kennedy approached him during the presidential elections to seek endorsement. That led to a closer relationship with the first family. Sidney Poitier is also his close friend and they once risked their lives when they brought aid to Martin Luther King, Jr. and face the Ku Klux Klan.

He supports initiatives that aims to promote racial equality and has once served as UNICEF Goodwill Ambassador. He was awarded the National Medal of Arts in 1994 and was also a recipient of the Kennedy Center Honors. But his work in the arts was never forgotten. In 2000, he was awarded a Grammy Lifetime Achievement Award.

Africare awarded him the Bishop John T. Walker Distinguished Humanitarian Service Award and Global Exchange gave him the Domestic Human Rights Award. In 2006, he became a recipient of the BET Humanitarian Award. He received his latest award in 2013: the NAACP's Spingarn Medal.

Before humanitarian work became the trend in Hollywood, Harry Belafonte is already a name associated with goodwill. It would have been impossible to do so much had he been insincere.

10 REASONS WHY HARRY BELAFONTE IS EXTRAORDINARY