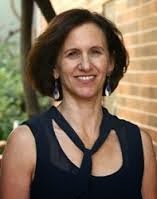 WHY MADELINE JANIS IS EXTRAORDINARY

Life has been pretty easy for Madeline Janis, daughter of a psychiatrist and a teacher/artist. She grew up in an upper middle-class household and never knew poverty until she went with her mother to Mexico. Who would want to bother with others’ plight when you’re not experiencing the same struggles? But she went down and worked with the grassroots community, alienated the biggies, and endured criticisms from investors and politicians who aren’t happy about her organization’s milestones.
She couldn’t care less about her detractors though. A tough woman, she believes that unless you come up against strong forces, you aren’t making a lot of progress.

THE HEART AND SOUL OF LAANE

One of the three founders of L.A. Alliance for a New Economy (LAANE), Madeline paved the way for hotel workers and truck drivers to get decent pay and homes. The organization reinforces bills and influences those in the government to support their crusade. So far, LAANE receives an annual budget of over four million dollars with 45 staff to oversee planning and organizing.
LAANE also trains its members, making them intelligent activists. It’s not enough that people join the fight. They should also be able to understand and create a difference on their own by spreading the word. That way, the organization has kept growing, influencing major decisions in Los Angeles.
She was twice appointed by succeeding mayors as a volunteer commissioner to the board of the city’s Community Redevelopment Agency where she pushed for companies that get more than one million dollars of grants to support LAANE’s community benefit agreement. This resulted in more happy workers and grudging investors. The organization was so successful that it received awards from the Mayor of Los Angeles, the Speaker of the California Assembly, the UCLA School of Law and the Los Angeles Roman Catholic Archdiocese. Madeline herself received awards from the Liberty Hill Foundation and Office of the Americas including an honorary doctorate from her alma mater, Amherst College.
Her answer to issues thrown at her about protecting the interests of a few?
"The people whose interests I work to protect are L.A. County's 3.7 million low-income taxpayers and residents, who don't have lobbyists and who mostly can't take time off from work to attend public meetings... That's my special interest and I'm proud of it." (SOURCES: The Huffington Post)
Oh, how we love her spunk!

10 REASONS WHY MADELINE JANIS IS EXTRAORDINARY